Yesterday, the first disc of the new D2DVD Babylon 5 series was made available to pre-order on Amazon US.

At the time of this writing they are #6 in the Amazon US sales chart.

So I guess that answers that question, then.

The script for Smith and Jones, the first episode of Doctor Who series 3, is now available from the BBC writersroom website. 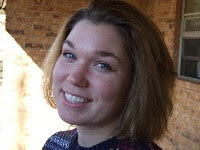 I didn’t know her.

The UK Film Council have just re-launched 25 Words Or Less, their initiative to encourage the creation of high-concept commercially-viable British films.

To get in, you need the following:

The prize? Ten grand to write a first draft. And a script editor thrown in. Not too shabby at all.

There’s one other restriction. You need to have an agent.

Or, and this is quite important, be a full member of The Writers’ Guild of Great Britain.

To become a member of the WGGB, you need to have been paid for your writing. Then you get to pay the WGGB a hundred and fifty quid a year for the privilege of belonging.

More if you’re actually, you know, earning a living.

But as I’ve mentioned before, if you’re looking for a career in the industry, that’s a worthwhile price to pay.

So if you’ve ever sold writing professionally, join up here.

Because now joining the Guild isn’t just good for writers in general. It’s good specifically for you.

There’s a lot of talk in the scribosphere at the moment about posting under your own name, and whether you should or not.

(Some thoughts from Danny, Jason, and Phill.)

I post here under my real name. That’s because I want people to know who I am.

In its own small way, this blog is an advert for my writing and myself, a way for people to find out a little more about me.

There’s a down side to standing behind my own name, and that’s this:

I can’t critique TV or film shows I don’t like.

This blog is associated with my writing, is part of the information footprint about me. While I would dearly love to spend posts and posts disrespecting certain shows, I can’t.

Because the people running those shows might want to work with me some day. And so leaving a trail of breadcrumbs about how much I despise their children might not be such a good idea.

Anonymity would help me get around this. A blog without my real name attached would let me rant and rave and vent about some of the rubbish that gets on our screens.

If I was anonymous, I’d lose the most useful part of the blog. Making contact with other smart people at the same stage of their careers as me. Getting my name known.

Given that, it’s not too difficult to play nice.

It’s a really simple concept, and you’d think it would be more widely done.

You’ve written your spec. It’s as good as you can make it. You’ve been through a dozen drafts, stripped back the action paragraphs and deflowered the prose. The characters have objectives that they’re working towards, and problems that they need to overcome. Things get worse before they get better.

You’ve sent it out to your trusted readers and rewritten again based on the notes that they sent.

And finally, finally, you’re ready to start the cold-calling to see who wants it.

Not so fast, buddy.

There’s one more thing to ensure your script is in tip-top condition before you send it out.

The final test of whether or not your script works is going to be hearing it read aloud.

Before production, they’ll have a table read just like this to find out what’s right and what still needs fixing.

Why not have one yourself and fix it before then? That way the agents, actors, and directors you send it to will think that you’re so good you got it right the first time. They need never know the truth.

It’s quite simple really. You get some actors round and they read the script. You take notes and make it better.

It’s only one more draft. The last push…

If you’re in LA, you know actors already. Take a look around your apartment block until you find one.

You’ll also need to produce a character list, together with (roughly) the number of lines each character has. This’ll help you to allocate the strongest actors to the main characters. Screenwriting software will do this for you automatically; otherwise get out a pen and paper.

Unemployed actors are happy to read for you. It keeps them in practice. And every actor is unemployed for a large part of their career.

If you buy them a crate of beer to share and some food to eat after the reading’s finished, they’re even happier. A big communal bowl of pasta and pesto with some garlic bread will work fine.

Trained actors are ideal, but really don’t stress too much about it, or casting. All you actually need is people to read the dialogue aloud.

If you really honestly can’t find any actors, use your friends. Acting ability is just a bonus.

A place to read

You’ll need a space big enough for you and the actors. A garden, or a village hall, or a rehearsal room, or a garage, or your own front room. Enough chairs for everyone to sit down on and a table to sit at would be a bonus.

It can be helpful to have an audience who aren’t performing. If you can fit ’em in, great. If not, don’t stress about it.

Email a copy of your script to all the actors a few days in advance, so they can read it beforehand. If you let them know what part they’re playing, they’ll even have a chance to do some character work.

Nevertheless, some people won’t have received it, will forget to print a copy, or just won’t have read it. Have plenty of spare scripts photocopied that you can give to them on the day.

You’ll be needing this to take notes.

How it all works

Get everyone to arrive about half an hour before you want to start. This’ll give people a chance to settle down and say hello to each other.

Start by assigning parts to actors, if you haven’t already. You’ll probably need to double some roles – try to avoid having an actor playing two characters in the same scene. While funny, it’s not as helpful as it could be.

Don’t forget that you’ll need someone to read the stage directions. While you might think that people will be able to read along and follow their scripts, it never works out that way.

As the reading progresses, you’ll be able to see where the actors stumble over words, and in which speech you’ve accidentally placed a filthy double entendre. If you’re lucky, you might get laughs or gasps in the right places.

Take notes as you go.

When it’s done, have a quick comfort break. Tea and/or beer can be brought out for actors and audience (if any) at this point, cos the hard part’s over.

You’ve still got one more job to do though – going round the table and asking for notes. And writing them down.

This is where you find out if the characters’ motivations are clear. If the plot was gripping and understandable. And if the audience actually liked it.

As ever, just say “Thanks for that” and move on when you’re taking the note. This is not the place to explain or defend your work.

And when everyone’s had their say, serve up some food for everyone and pour a drink for yourself.