Take a look at this.

(It’s a directory. Clicky on the files, then come back here when you’re done.)

What you’re looking at is the very first adventure game.

More specifically, its DNA. When you compile those files on a PDP-10 (an old mainframe computer, back from the days when men were real men and computers were the size of rooms), it turns into magic.

Will Crowther wrote the game Adventure in 1977.

His source code was cleaned up, ported around, expanded. I played a version of Adventure, expanded by Don Wood, on the university mainframes in 1990. Others, having played it, wrote their own versions of the game. Adventure games (as they became known) became easier to use and play, developing graphical interfaces and the ability to have multiple simultaneous players…

The original game was presumed lost for ever.

In 2005 a backup of the original code was found and restored. Digital Humanities Quarterly have been delving into the code, archaeologically deconstructing it and finding its treasures.

This is the game equivalent of African Eve. In a very real way, all adventure games are descended from this code.

You can play the Crowther/Woods version online.

For anyone interested in the development of computer games, this is a little slice of history.

TS Eliot’s The Wasteland. In Lolcat.

God I love the Internet.

Notes:
What’s a lolcat?
The original. 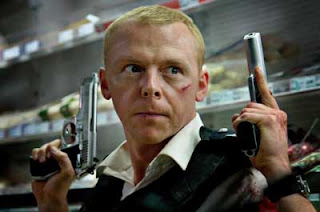 A few years ago, the UK Film Council used to run a scheme called 25 Words Or Less. The deal was, if you had an agent or were a member of the WGGB you could pitch a film to them, and if they liked it you got 10 grand to develop a first draft.

Unfortunately by the time I joined the WGGB the scheme was in abeyance. They only ran it one more time, and the deadline was at the same time as I was writing my test pieces for the BBC Drama Writers’ Academy. So I didn’t get in on that one either.

And now they’ve said there’s going to be no more 25 Words Or Less schemes.

Because they’ve got a new scheme. And it’s a doozy.

It’s called the First Feature Film Development Programme, and it’s open to anyone who hasn’t had a film released in cinemas or broadcast on TV.

You need to send them the following:

And if they like what they see, they’ll give you up to £25,000 for you to support yourself while you write the damn thing. You don’t need an agent, a producer, or a director to apply for this money. Just your own talent.

So why are you still hanging around here reading my blog?