What does your drawing say about YOU?

This is basically a big old plug for Redemption 09, which is where Loli and I will be next February.

Redemption is a science fiction convention run by the nice people who ran last year’s Eastercon, as described here, and which was fantastic.

It’s 55 quid for the ticket, and sharing a room will set you back £32.50 a night, breakfast included. Cheaper if you want to get a zed-bed, so it won’t break the bank.

What you get for your money is a weekend of talks, games, workshops, quizzes, discussions, panels and fun. Guests include Doctor Who writer Paul Cornell, among others.

It’s on from the 20th-22nd of February 2009 – so if you like writing and have a vague interest in science fiction, or vice versa, I’ll hope to see you there.

As I may have mentioned before, I’m an atheist.

Which is why I’ve just donated a tenner to help put an advert for atheism on the side of a bus.

If you fancy helping out, you can donate here. 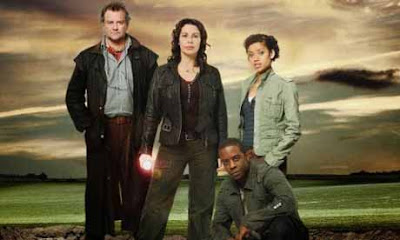 The Bible. In Lolcat.

Keen Eddie was a mid-season pickup for Fox last year. That means thirteen episodes. Seven were aired before it was cancelled. It’s also been shown in the UK. (Sky One in a graveyard slot, for those that are interested. Sunday afternoon. Filler material.) All 13 episodes are now being shown on Bravo in the US.

I’m starting to pick up trends over here now. Tapping the zeitgeist, getting into the groove. And based on what I’ve seen, there’s no way that Keen Eddie could have succeeded.

Like the other shows I mentioned, it’s just a little too quirky, a little too ahead of the curve to have been picked up. Eddie’s a New York cop who moves to London to…

It doesn’t matter. It’s a fish out of water programme, and you don’t need to know more than that.

Particularly interesting is the direction and cinematography. The show was shot in the UK, but in a US TV style. It’s a little odd to see suburban semis and council estates shot like New York tenements and LA condos, but if you can get over the shock, there’s a lot to enjoy in seeing a different visual look for London. There’s not another show based in the UK that frames its shots like this, and I think that’s a real shame.

The show’s very stylised. You could think that’s good or bad. Me, I love being transported into a space where strange things happen that are completely normal to the characters. After all, isn’t that what happens in Law & Order every week?

And talking of the characters, they are self-consciously coolstrange (think Buffy or West Wing) but nonetheless lovable (ditto). And if you can deal with this, the show repays a lot. If you’re not, that’s cool. As I say, it’s not easy to get into unless you’re willing to suspend your disbelief.

But it does make me wonder: Alias has scenarios equally as far-fetched all of the cancelled shows I’ve mentioned, and a visual style equally strong. Why does one succeed and the others fail?

I’ll let you know when I figure it out.