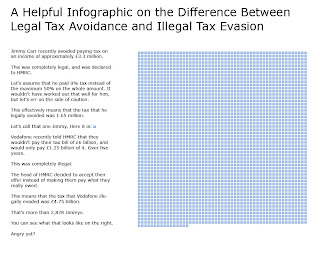 (EDITED – the first version of this graphic stated Vodafone were evading £5.75bn rather than £4.75bn. This one has the correct numbers.)