So m’learned colleague Natt has blogged about the recent fracas in the Commons Select Committee.

For those who missed it, here’s what happened:

Rupert and James Murdoch were answering to a Commons Select Committee about what was known by them about phone hacking at the News of the World, and the possibility of a cover up within that organisation. Several fascinating things came out.

Towards the end of that questioning, some fucknut attempted to put a shaving foam pie in Rupert Murdoch’s face. Not only did he fail, he was roundly slapped by Wendi Deng, Mr Murdoch’s wife.

Natt’s opinion, given in full here is, as far as I understand it, as follows:

1. Oh go on. It was just a little bit funny.
2. There are other problems with that select committee which you should get more angry about.

Taking them in order:

It wouldn’t have been funny if he was Bill Hicks himself come down from heaven with a new routine that was better than all his others put together.

Because there’s a time and a place for everything. And a Select Committee interrogating Rupert and James Murdoch about the possible criminality of their company and how endemic it may have been is not the time or place for an interruption of that manner.

2. The interruption really and truly is the thing to get angry about.

Now, it’s entirely correct that the committee (with the notable exception of Tom Watson) weren’t the greatest interrogators ever.

But that does not excuse interrupting an event in which the Murdochs, let us not forget, were being held to account.

Now, you could certainly claim that they weren’t being held to account well. That’s your right.

None of these excuses matter.

They were being held to account, and you stopped that.

Maybe it wasn’t going as well as you liked, maybe Murdoch really is the evil man that you see in your head every waking hour, but that doesn’t matter.

Because we have a fucking process. It’s what separates us from the fucking animals.

Due process was being followed. Justice was being done, and being seen to be done.

And then, at the end of it, some fucknut comes up with a shaving-cream pie and proves his disrespect, not just for Rupert Murdoch, but for every single person who thinks that, yes, maybe justice can be done. Not instantaneously, but eventually, and correctly, and following due process of law.

So what justice should be meted out to someone with no respect for due process and the rule of law at all?

I’m not usually a believer in eye-for-an-eye justice. It leaves us all blind in the end.

However, if every time Jonathan May-Bowles were to attempt to perform a comedy routine anywhere in the world, someone were to stick a cream pie in his face?

I wouldn’t be in the slightest bit sad. 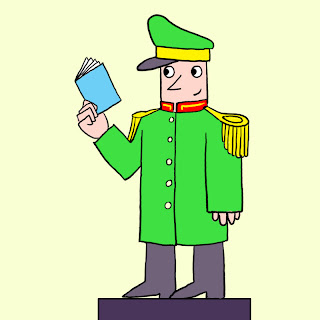 We’ve got an exciting new event from Red Table this coming Saturday as The Storyteller General will be telling tales to children in the snuggle pit at the Pleasance Islington’s Big Day Out.

Tickets are available now, or buy them on the day.

M’brother Rafe and I will be talking at RADA next Saturday (9th July) about Open Book Theatre.

The event’s being held under the auspices of the Directors Guild of Great Britain, with support from the Mackintosh Foundation. I believe that DGGB members get first dibs on the tickets, but that any spare ones will be allocated to members of the public.

We’ll be talking about, among other things:

So if you’d like to come along, book your free ticket here.