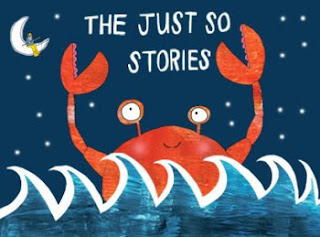 They’ve got 2.7 million dollars, and they want to give it away to people who make films, including the writers of feature film scripts. Hooray! You might be thinking. At last, my chance to bypass the gatekeepers, get a little respect, earn money, and have my film made!

Not so fast, bucko. Let’s just review a few things. You want to be a professional writer, right? Well the first thing a professional does is find out what the hell they’re signing up for.

(Some professionals have agents or managers or lawyers for this, of course. But the point still stands.)

Let’s take a quick look at the Development Agreement. Once you submit your script to Amazon, you’ve signed up to this contract. So it’s worth taking a few minutes to find out what you’ve agreed to.

“You accept the terms of this Agreement by clicking to confirm acceptance or by contributing Content to Amazon Studios.”

So don’t send them one damn thing before you make sure you’ve read the contract. Thinking you might send them something on the off-chance, something you’ve had in the back of the drawer for a few years, maybe? After all, what’s the harm?

Stop. Put it away. Read on.

2. Purpose of Agreement and Important Transfers of Rights

Revise someone else’s project? Everything you do on that belongs to Amazon forever. Whether you get any money for it (f’r’example by winning a competition there) or not.

When a professional relinquishes rights, they get paid for it. You? Nothing.

No backsies. If you submit a screenplay to them, and they decide to do something with it – whether you like that something or not – you officially become Amazon’s bitch.

All you need to have done for this to happen is to have submitted a screenplay to them in the first place. No paper contracts or further signing on your behalf is required.

6.1.2. Right to Use Original Properties and Derivative Works During and After the License Period

“You grant us a worldwide, royalty-free (except as specifically provided in Sections 6.4 and 9 below), non-terminable, sub-licensable, transferable right, during and after the License Period (without exercising the Option), to (a) copy, transfer, stream, sell, rent, make available for download and otherwise exploit and distribute any Original Property you contribute to Amazon Studios and all Derivative Works created during the License Period in any and all media, formats and modes now known or later invented.”

Even after 18 months they can still put that script anywhere online they like without giving you any money for it. Or even asking your permission.

You’ve introduced Sparky the SuperDog and his canine romance into a dull ol’ kitchen-sink drama in order to liven it up. Neither the new script, nor the kitchen-sink-drama original version win a competition, so you receive no money whatsoever.

They make the Sparky the SuperDog film, which becomes a multinational hit, with toys, several sequels, and a Saturday-morning cartoon series? You don’t even get a reacharound.

“The “License Period” starts on the date you contribute your Original Property, as indicated in the Amazon Studios confirmation of your contribution, and continues for 18 months.”

You’re giving them a free option for 18 months.

“Amazon is not a signatory to any agreement with a collective bargaining organization, including, without limitation, the Writers Guild of America Minimum Basic Agreement or the Directors Guild of America Basic Agreement, and none of the activity conducted in connection with Amazon Studios is subject to the jurisdiction of any collective bargaining organization.”

If you’re a member of a Union, or indeed any organisation that looks out for you, guess what? You’ve just signed away any chance you had of them being able to help.

Now, I Am Not A Lawyer. I don’t even play one on television. But, fuck me, if I can see so many problems without even having to look very hard, imagine how bad the contract must really be.

Then there’s giving a free option for 18 months to Amazon just for sending them a script. As Shel points out here, how would you feel if, say, Paramount got complete rights to your script for 18 months the moment it dropped through their letterbox?

And let’s not even get started on the lack of residuals and pension contributions.

Now, the other possibility is that your script is so good it wins the 2011 best script award. That’s $100k. (Well, 100k shared between you and anyone that re-wrote it.)

In addition to that, someone else on Amazon Studios makes a film of it which is so good that it wins the 2011 best movie award! And you get 200k of that million bucks, as well! (Well, 100k for you and another 100k shared between you and anyone that rewrote it.)

Stop. Think. If your script is good enough to get $300,000 dollars from Amazon Studios, then it’s good enough to sell right now. Only with a back end. And guaranteed rewrites. And a pension. And residuals.

Now, some people will be so desperate to get their screenplays read that they’ll sign away their rights without any further thought.

Because you’re a professional.