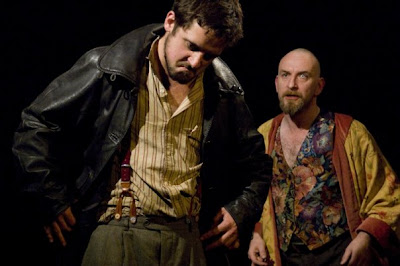 The above is the sizzle reel for a new SF show called Slingers produced by sleepydog. Looks interesting, no? Lovely sexy Rat Pack vibe, a nice look-and-feel, enough obvious pros to feel comfortable with the people behind it, and enough meat on the bones for me to think it has legs.

OK, going a bit biological on the metaphor at the end there.

I’ve not heard the term sizzle reel before, but it’s a great phrase. Something to make you salivate, to look forward to the main event.

Problems with a sizzle reel? If it’s released too early market anticipation (ie us wanting to watch it) might drop off. In which case when it does come out then it’ll be “Slingers? Old news. Didn’t we see that last year?”

So there needs to be a careful drip-feed of information after one of these comes out. Not too little, so that we still know it’s a go project. Not too much, so that we feel like we’ve seen it all already. Look to Doctor Who over the last few years to see how good management of information can really help a show.

You can find more detail about Slingers on writer Mike Sizemore’s blog, including some yummy-looking concept art, and promises of more goodies to come. So it looks like that’s been thought of too.